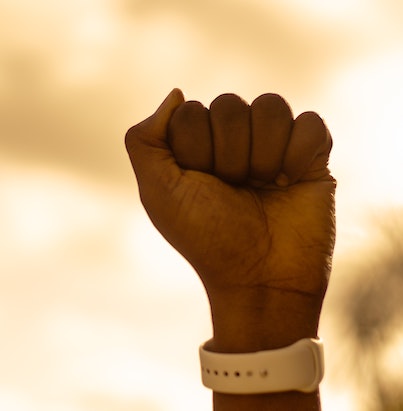 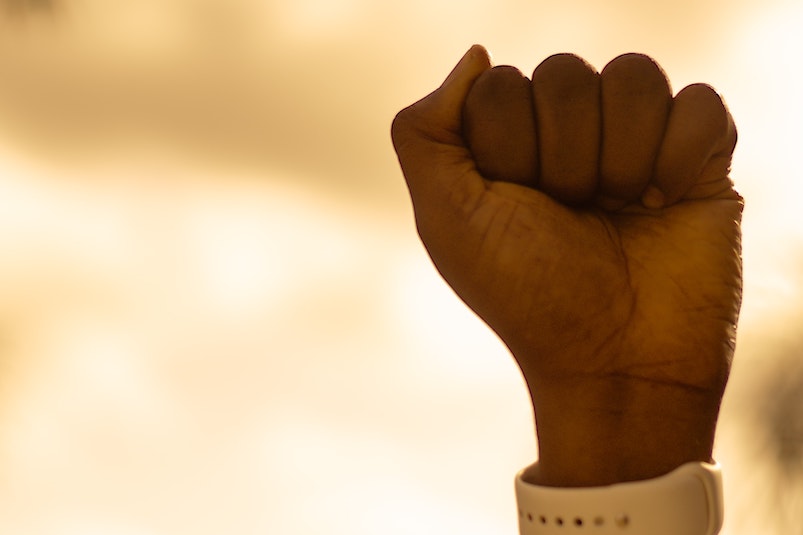 It has been a tough few years, hasn’t it?

We’re now two months into year three of layer upon layer of difficulty, appearing in fits and starts. Every day is a new day to figure out a new way to cope, keep our heads above water, and live to see another day—literally.

For the sake of my own mental well-being, I have to believe hope is on the horizon. I very much want to believe the worst of the pandemic will soon be behind us. What’s that you say? Just another example of toxic positivity—ignoring reality as a method to cope? Well, I assure you I’ve seen the headlines and notifications and it’s still a hot mess out there.

Subvariants, reinfections, car jackings, division, injustice, snow-maggedon, uncertainty, and fear. I’m aware. Yet, I’m still hopeful. Because for me, hope, in whatever morsel I can find it, is the antidote to fear. Hope gets me out of bed, in front of a screen, and into a pair of fuzzy socks. Like whispers of steam rising from my morning tea, hope reminds me that yes, brighter, happier days will also rise again.

It doesn’t dismiss the loss so many of us, including myself, have suffered. It doesn’t fill the empty seat, mend the broken heart, or replace the sense of security and wholeness we may have once known. Yet, in the shadow of heartache, any positive news is enough for me to believe we can at some point, fashion adversity into a better day. And this month, there are a host of examples to prove it’s possible.

Top of mind is the Reverend Dr. Martin Luther King, Jr., (not what you think, keep reading) who faced the tumult of the 1960’s with courageous tenacity, so that all Americans could claim civil rights, equally.

King was awarded the Nobel Peace Prize in 1964 and three years later, nominated his friend, mindfulness teacher and fellow non-violent activist Thich Nhat Hanh, who died last month at 95. United in their stance against the Vietnam War, King stated he believed awarding Hanh the Nobel Peace Prize would revive hope for “justice and harmony.” Though no prize was given in 1967, King’s gracious nomination letter attempted to pierce the darkness of the day with a vision of a more peaceful, hopeful world.

“Resilience is not a race to bounce back from hardship. It’s a commitment to keep going.”

And there are lesser-known heroes, who have pressed on through the ages. Everyday folk who demonstrated the sheer force of the human spirit. Their stories of resilience and ability to face the dark while trusting in the light, also give me hope, because sometimes looking back reminds us of the possibility of what could be moving forward.

Stories of women like Septima Poinsette Clark, a schoolteacher who fought against racism and sexism. In 1920, Clark was denied a teaching position in Charleston public schools. While she was teaching at the Avery Normal Institute, a Black private school, Clarke and her students organized a 10,000-signature petition drive that led to the city hiring Black teachers.

In 1945, Clarke worked with lawyer and civil rights activist Thurgood Marshall, winning a case on teacher pay equity. Her salary tripled as a result. As a member of the NAACP, and the first woman to serve on the Southern Christian Leadership Conference, Clark launched 800 citizenship schools– literacy and math education programs. As a result, once-disenfranchised Black people were now able to pass voter registration literacy tests and vote. Clark spent her life pushing past derisive ‘isms’ to stress education’s ability to lift and empower. In 1979, President Jimmy Carter honored her with a Living Legacy Award.

And then there’s Charles Hamilton Houston. The racial bigotry he endured while serving as a U.S. First Lieutenant based in Fort Meade, Maryland, would shape the rest of his life. After World War I ended, Houston studied at Harvard Law School where he became the first Black editor of the Harvard Law Review and graduated with honors in 1923.

Houston then worked to dismantle ‘separate but equal’ Jim Crow laws that fueled segregated schools and racial housing covenants. He became dean of Howard University’s Law School and mentored a generation of young Black attorneys, including the first Black Supreme Court Justice Thurgood Marshall. The grandson of an enslaved person, Houston, known as “The Man who Killed Jim Crow,” drew on his first-hand experiences with injustice to win positive change for himself and others.

Do you know the name Fritz Pollard? He loved the game of football. An All-American Brown University half-back, Pollard’s ivy-league career was marred with racism; he was pelted with rocks and bottles from the stands, refused service on pullman cars, and denied rooms in the same hotels as his white teammates.

Yet, Pollard became the first Black player to play in the Rose Bowl and in 1921 he became the first Black head coach in the NFL. In 2005, nearly two decades after his death at 92, Pollard was posthumously inducted into Pro Football’s Hall of Fame. Though he stood a lithe 5’ 9’’, 165 pounds, Pollard’s resilient legacy looms large even today.

From the moments of fatigue to the deep discouragement, I imagine how hard all of that must have been. The isolation. Encounters with fear, and yes, hopelessness.

Yet, I can also imagine in those difficult moments, there were those who were willing to lend a hand and a reason not to give up.

Teachers and teammates, activists and law clerks, a Baptist preacher and Buddhist monk. Allies who clung to hope and each other because they understood during times of adversity, we’re better together.

The human spirit is a mighty force, and my hope is the stories we highlight during Black History Month will allow us to see the common threads of grit and grace that bind these stories to you and me. Grit to keep it all together and grace when it all seems to be falling apart. When tough times linger and the outlook seems so bleak, it’s okay to pause and rest, go slow, seek support, and keep going.

One day, one hopeful step at a time. 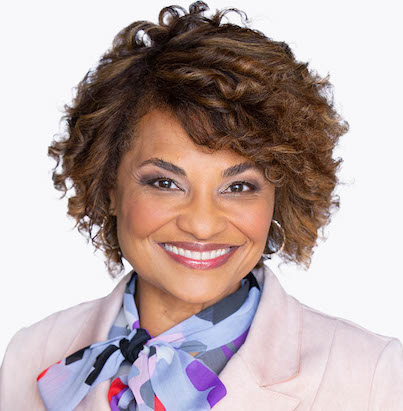 By Roxane Battle, Vice President Advocacy and Community at Sanvello

Roxane uses her gift of storytelling to make mental health care more relatable and accessible, especially among marginalized communities. You can see her as host of Sanvello’s in-app “Checking in with Roxane Battle” video series. Prior to coming to Sanvello, Roxane spent over 20 years as a news anchor and Emmy-nominated reporter at NBC Minneapolis, CBS, and FOX. Roxane was named an Architect of Change on mariashriver.com and has been featured in Working Mother and Ebony magazines. Her self-help memoir, Pockets of Joy: Deciding to Be Happy, Choosing to Be Free (Whitaker House 2017), became an Amazon best seller in multiple categories. Follow her on Instagram @roxanebattle.